Why Willpower Isn’t The Real Problem

Have you ever tried to lose weight, quit smoking, or get out of debt and become frustrated when you failed? 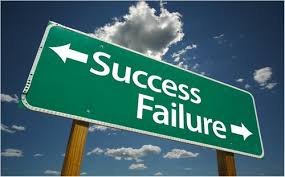 We usually blame lack of willpower.

The prevailing cultural belief is that people who can’t change their habits are weak-willed, unable to muster up the internal fortitude required to shed the pounds, put away the cigs or cut up the credit cards.

Change expert Joseph Grenny says that there are actually half a dozen sources that influence our daily decisions and only one of them is personal motivation.

“We like to fool ourselves into thinking we have control over our destinies,” Grenny said. “We give ourselves far too much credit and far too much blame.”

Grenny, along with co-authors, Petterson, Maxfield, McMillan and Switzler, identifies the six sources of influence in their new book, “Change Anything: The New Science of Personal Success.”

A scrupulous study of more than 5,000 people over a four-year period enabled the author to identify the actual principles and tactics you need to get the sources of influence taking you in the direction you want to go.

• Love What You Hate — You have to learn how to disarm your impulses and make the right choices more pleasurable. One of the successful “Changers” in the study is Louie C., who after a decade of suffering from a crippling shopping addition, was eventually able to overcome his burning desire to buy every gadget in sight.

Louie had logged more than a million dollars in debt, gone through bankruptcy and even sold his mother’s car to raise money to buy a moose head for his den. When a judge ordered prison or counseling, Louie decided it was time to change.

Louie learned to take pleasure in what he once loathed, saving money. “Now I get a bit of rush out of seeing my net worth grow. I take pleasure in knowing that I’m no longer selling out my future in order to buy the gadget of the moment. “

• Turn Accomplices Into Friends — We often underestimate the power of our peers. But bad (and good) habits are actually a team sport. Grenny writes, “Few people have any idea how many others are involved in undermining their efforts to change through encouraging and enabling bad behavior.”

Change Anything research revealed that if the people around you are playing an accomplice role, you’re 40 percent less likely to get what you want. For example, if you’ve set a goal to get promoted but you’re surrounded by colleagues who complain about how awful the boss is, they’re significantly undermining your efforts to improve your performance, whether you realize it or not.

On the flip side, the research revealed, if you add just three additional friends — defined as someone who is supportive and enabling of your goal — to your regular interactions, you are 40 percent more likely to achieve your goal.

Grenny says, “We all resist the belief that we could be that much subject to the whims of other people. You need to stop being horrified by it and accept it.”

Those who applied the science behind Change Anything are more than 1,000 percent more successful at producing change than those who try other means.

The good news is, you really can change anything. The challenging part is — it takes more than will, it takes skill.